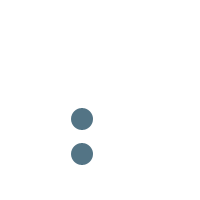 What is Microsoft Exchange Server

Exchange Server is a Mail Server, Contact Manager and Calendaring Software developed by Microsoft that runs on Microsoft windows product line. It setups a virtual connection between sander & receiver which enables them to send or receive the emails respectively. Initially the exchange server is internal mail server of Microsoft but in 1993 the first version of exchange server is released for others as well.

Microsoft Exchange Server is a mail server, contact manager and calendaring software which provides a wide range of information exchange through network by e-mail. It is also featured with other required features let's talk about them separately.

Mail Server is a computer program which acts as an electronic post office for e-mail services. It supports information exchange through network by using some set of rules which is known as protocols. To provide a secured communication it uses Mail Transfer Agent (MTA) at the sending end and Mail Delivery Agent (MDA) at receiving end.

The Exchange Server is widely used mail server in corporate sector as the requirement arises to add some new feature or to remove existing feature to provide better and improved service exchange server is consistently modified by Microsoft Corporation and released in different versions, list of launched version is given below.

Exchange 2003 & its Previous Versions
Exchange server 2003 and its previous versions stores public data in pub1.edb folder, private data in priv1.edb file and all attachments are stored in .stm file at a specified location so the fill path of edb folder is given below.

In Exchange Server 2007 the Public folder, Private folder and .stm files are merged together to achive higher synchronize accessibility the full path of edb file is given below.

To provide better accessibility of exchange database, the public and private mailboxes are in same folder but files are separate as pub1.edb and priv1.edb the full path of .edb file is given below.

To avoid the synchronization problem while accessing the exchange database, the entire data stored in single name file at a specified location path of edb file is given below for exchange 2013.

The path of exchange database (.EDB File) in Microsoft's newest released exchange server 2016 is given below and it resolve all issues regarding exchange edb file location. The location of edb file is given below.

Why We Use Microsoft Exchange Server in Organizations

Every organization is dependent on sharing of information so there is requirement of a mechanism which monitors the all activity done by user inside the organization. As we know that the Microsoft Exchange Server is a mail server so it enables a user to send or receive email at same time exchange server also give access of all users mailbox to Exchange Administrator which ensures that all inbound and outbound e-mails will be monitored by Administrator. Exchange Server is also contact manager so it also help to manage or store the contact details of every employee in very efficient manner with this exchange server is also highly active to as a calendaring software which provides many feature like sharing of organizational colanders, meetings etc. and many more features which is very useful to filter the emails and also provides other needed facilities due to which Exchange Server is most used mail server in corporate and it stores entire data in Exchange Database (EDB) File.